 Pampanga Province has been a breeding ground for musicians for ages. There have been many talents that sprouted from small beginnings here. Apple Pineda from the Black Eyed Peas is one true monument for Kapampangan musicians to be proud of. Thia Megia of American Idol, her parents hailed from Angeles City and once visited our humble town several months ago to get back to her roots. Rolly Quizon who is one of the most respected drummer in the Philippines. Oliver De Castro of former Toy Symphony showcased how Angeles City breeds talents to fine craftsmanship. Maychelle Baay of Moonstar88 started out from humble beginnings being the lead vocalist of the all female rock group Amethyst during the 90′s. Also, Analgesia who released their album with the hit song “Hoy Bawal Dyan!” and “Ayaw ni Mama ng Rock” and made numerous TV appearances with other artists.Of course who would forget the mid 90′s San Miguel National Battle of the Bands finals where Riot Mob pierced through to get to the finals to represent region 3!
These are just some of the few names that are certified Kapampangan by heart or by blood!

Musikerong Kapampangan has evolved to be an organization by musician for musicians to lean on and help nurture our culture. It is a group that reignited the fire of Kapampangan talents whether old school or newbies, it has set a trend. They conduct regular meetings to discuss projects or issues that can be addressed to help fellow musicians. The Facebook page has helped musicians promote their shows, share their poetic outburst or even sometimes a place to ask for prayers who needed it most.

Be proud to be Kapampangan!

It is no surprise then that a burgeoning guitar-making industry was started a century ago, in Guagua, along Tramo St. in barangay San Anton. A certain Matuang Bacani is credited for making the first commercially-sold guitars in the area. A local story goes that the old Bacani found an old Spanish guitar discarded in the river near Tramo. He dismantled the unit, studied the parts and reconstructed his own version using available wood and local milk-based glue. Pleased with the result, he replicated more acoustic guitar pieces and were then peddled successfully in Macabebe, Bacolor and San Fernando.
Lumanog Instrument
Angel Lumanog, a son-in-law of the old Bacani, took over the fledgling industry , growing the business through the coming decades. The six-string Lumanogs were all the rage in the 70s and 80s and today, the name “Lumanog” and “Bacani” are synonymous to quality Pampanga guitars, holding their own against Gibsons, Yamahas and Fenders. Lumanog Guitar Shops have branches in Pampanga and Manila, while most established music shops carry the Lumanog guitar brand in their inventory.

Proof that guitar-making was an established industry in the province since the early 20th century is the existence of Kapampangan terms for guitar parts. The head which contains the pegs (durutan) is called ‘cabesa’. The frets are called ‘tarasti’, the neck ‘manggu’, held in place by a heel-like wood support called ‘arung-arung’. The ‘caja’ (body) , attached to the ‘dalig’ (rib), is reinforced by ‘pileti’ (lining). On the soundboard, one can find the ‘puenti’ (bridge for the strings) as well as the ‘roseta’ (guitar hole). 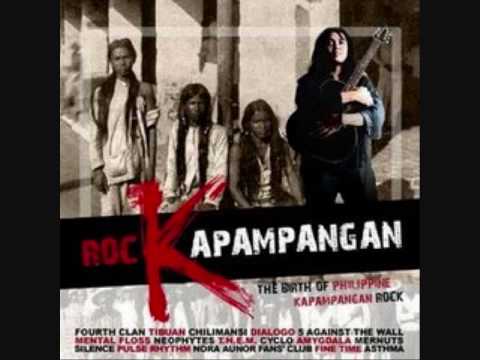